With the #BlackLivesMatter movement in full motion, the country’s largest police vehicle manufacturer, Ford, is not being spared. Earlier last week, Ford employees from across the racial divide decided to take direct action and participate in the fight against systemic racial discrimination.

According to a tip given to Jalopnik, the said group of employees wrote to the Ford management asking for a cease and desist against manufacture of police vehicles by July 15th, the reason being that these vehicles perpetuated police injustices.

“We cannot claim to support the fight against systemic racism while supplying and supporting the very systems that perpetrate violence against Black Americans,” the group wrote.

“Throughout our history, the vehicles that Ford employees design and build have been used as accessories to police brutality and oppression.” They added.

However, Ford CEO, Jim Hackket, dismissed these claims saying that the issues surrounding police credibility and injustices have nothing to do with the vehicles they’re driving. Instead, Ford will continue with their commitment to support law enforcement because taking away the vehicles is doing more harm than good.

“In fact, as we imagine the future power of our connected vehicles, smarter Ford vehicles can be used to not only improve officers’ ability to protect and serve, but also provide data that can make police safer and more accountable,” he wrote in an internal memo.

He added that these unfortunate circumstances presented Ford with a great opportunity to innovate new solutions to support the dialogue of reforms to create a just, safe environment for everyone in the community.

It now remains to be seen if any action will be taken by the company or if these concerns will be buried under the sand. 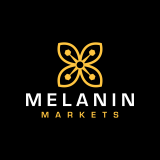